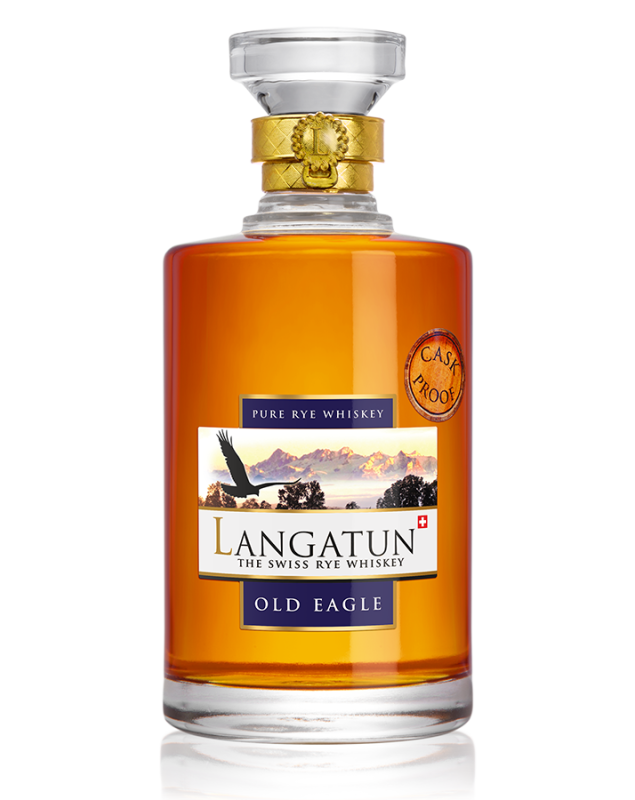 The Langatun "Old Eagle" Swiss Rye is a pure 100% rye whiskey from domestic cultivation. It refers to the rye whiskeys traditionally grown in Canada and the northern United States. The Irish and Scottish emigrants quickly established a number of distilleries in their new home. This led to the development of two typical American whiskey types: The Bourbon with at least 51% corn content and the Rye with at least 51% rye content.

This unique Swiss Rye Whisky is very smooth on the palate, with long-lasting caramel and vanilla notes, accompanied by a plummy fruitiness.

At cask strength with 59.7% alc. by volume, this Swiss Rye Whiskey is powerful and intense. The earthy pepper notes noticeably accompany the pleasant sweetness.

Comments (0)
No customer reviews for the moment.

Your review appreciation cannot be sent

Are you sure that you want to report this comment?

Your report has been submitted and will be considered by a moderator.

Your report cannot be sent

Your comment has been submitted and will be available once approved by a moderator.

Your review cannot be sent