Barley (Latin: Hordeum vulgare) is the fourth most popular grain harvest in the world after wheat, corn and rice, and one of the three components that are necessary to make malt whisky. The other two are water and yeast. Barley is grown the world over and mainly used as animal feed and to produce spirits and beer. But there are significant differences in these two types of barley. Barley for feed has a higher proportion of protein than barley for beer and whisky production, which has a higher proportion of starch and sugar.

There are two types of barley that are suitable for whisky and beer production: two-row and six-row, according to the position of the grains. Two-row summer barley is most commonly used in whisky production. There are many varieties which are used in different quantities. From the early 19th century, producers traditionally used six-row barley of the bere variety (bere barley), but better performing varieties were subsequently developed. We import premium quality barley from abroad to produce our Langatun whisky.

Once it arrives in the malt house, the grain is subjected to various laboratory tests, before it goes to the store room. It is then dried with warm air, cooled and stored for several months before use. The barley ‘sleeps’ during storage and it takes several weeks to ‘wake up’ and germinate.

The production of whisky

Whisky production is a pure art!

Here at Langatun Distillery, barley from the best sites in Europe is germinated with water. The germinated barley, now called "malt," is dried and - for whiskey with a smoky flavor - additionally smoked. In the brewhouse, the ground malt is mixed with warm water. The resulting wort is then fermented with selected yeast to produce what is known as "whisky beer". After the "pot-still" process, the whisky beer is heated in the copper still and then the precious alcohol is slowly and carefully extracted in a special process developed by us.

This gives the Langatun Whisky its incomparable soft, delicate and malt-flavored character.

During malting the starch in the barley is transformed into fermentable sugar. The process involves the barley being soaked in water tanks for several days. The damp grains are then spread out on the malting floor, so they start to germinate. The grains are dried over heat to halt germination. Depending on the distillery’s preference, more or less turf is added to the fire, which gives the resulting malt its smoky character.

The malt is milled into a coarse flour, or grist, and mixed with hot water in steel mash tuns to complete the conversion of starches into fermentable sugar. The resulting sugary liquid is known as wort. 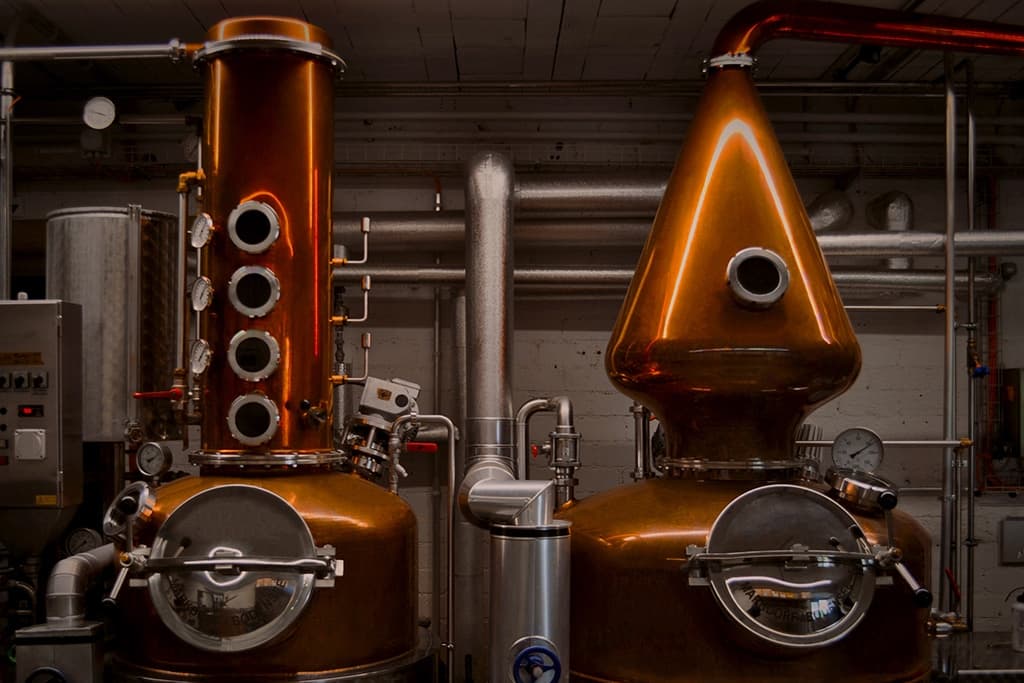 Distillation The wash is distilled in copper stills, known as pot stills. We generally use double distillation. During the first run, the wash is heated and the alcohol separated from the water. The alcohol evaporates first as it has a lower boiling point than water. The rising vapours are condensed in a cold water condenser, to form liquid alcohol. This process takes place twice. The distillate obtained after distilling is completely colourless and has a very high alcohol content. This is reduced to approximately 64% for transfer to cask.

The foreshot is the first fraction that runs off during distillation. The foreshot is composed firstly of methanol, which is toxic to humans (even in small quantities it can cause blindness and death), and secondly of aldehydes and acetone, a substance used in industry as a solvent, and other volatile compounds. Naturally the foreshot has to be separated off and discarded.

An experienced distiller knows exactly when the foreshot can be separated and the spirit (heart of the run, or middle cut) used. In terms of quantity the foreshot is insignificant.

The feints (which run off after the middle cut) are of low quality, but not harmful to health. They contain fusel alcohols (headache!), fatty acids and other undesirable substances. For the experienced distiller, the point at which to separate the spirit from the feints is not difficult either.

The whisky is transferred to oak barrels to mature. Second-hand bourbon or sherry barrels can be used, depending on the distillery’s preference. It is rare that new oak barrels are used. During the years of maturation, the whisky absorbs the aromas from the cask wood, and so attains its colour and finished flavour. The barrel plays a decisive role in the flavour. During maturation, the breathable oak causes the whisky to lose approximately 1–2% of its alcohol content and physical content per year. This loss is fondly known as the ‘angels’ share’. Other barrels, such as port, wine and rum, are used increasingly for a second maturation, which is known as the ‘finish’. 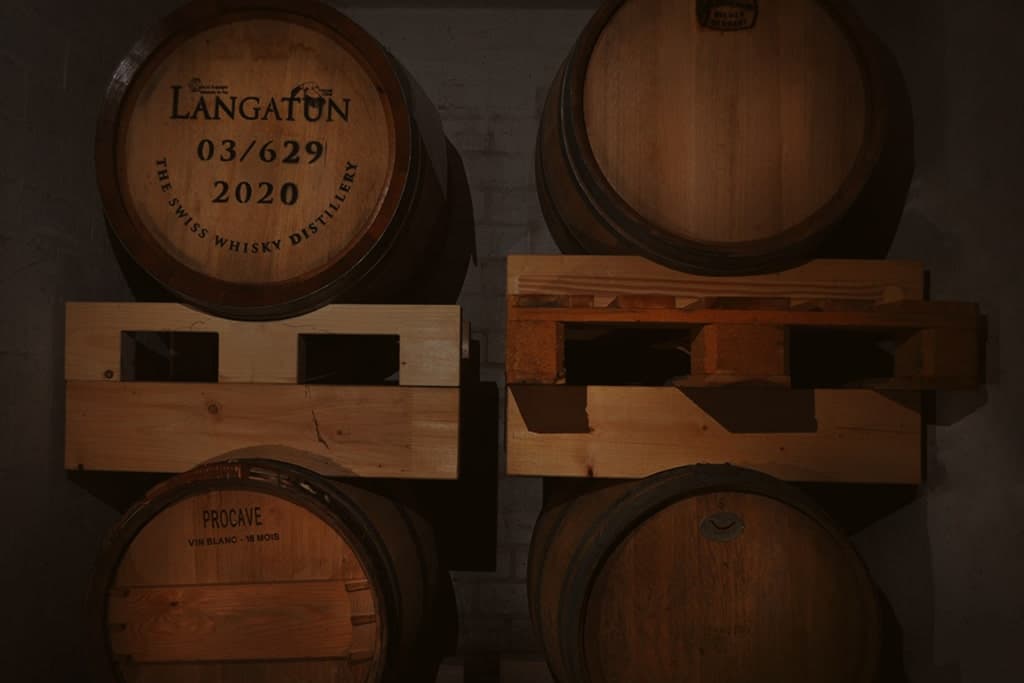 After maturation the whisky is diluted to reduce the alcohol content to a strength of approximately 40% ABV. The finished distillate is then filtered, bottled, sealed and labelled. Increasingly, whiskies around 46% ABV are not cold filtered before bottling, so they have more flavour, as the essential oils remain in the whisky. At this ABV strength, it ensures that the oils do not become viscous at colder ambient temperatures and become cloudy in the bottle. However, whisky lovers prefer undiluted cask strength malts, which are bottled straight from the barrel without filtering.