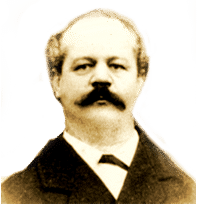 Langatun is the Celtic version of the name Langenthal, a settlement that can be traced back to the year 861. The name means ‘the fortified place on the Langa’. The word ‘Langa’ is an Old European name for water. Water is one of the most important ingredients in whisky making. The name of Langatun whisky is therefore a tribute to the area’s first settlers and brewers. Their traditions were adopted, continued and developed by Baumberger’s descendants.

When newly qualified master brewer Jakob Baumberger returned from Munich to his native country in 1857, he founded a distillery, which he ran on his father’s farm with his seven brothers. Jakob’s father, Niklaus, was a farmer, pub landlord and brandy distiller.

In 1859 he took over the Mumenthaler-Marti brewery in Langenthal, which had been in existence since 1785. Jakob Baumberger bought the brewery in 1863 and turned it into a flourishing business. 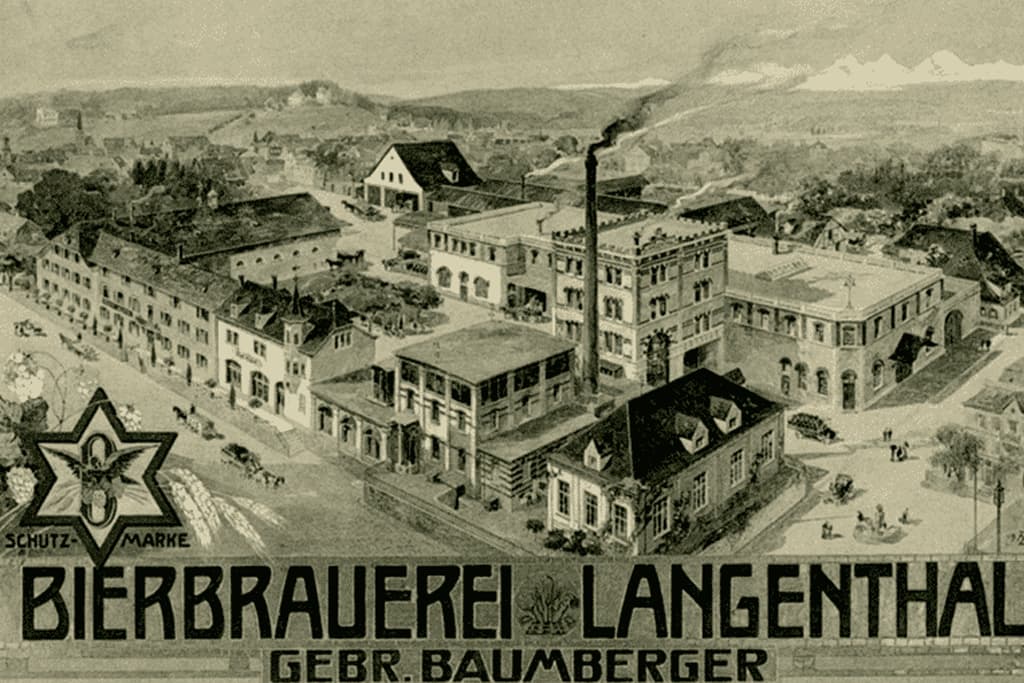 When he managed to acquire the rights to a spring in the virgin forests above Langenthal in 1877, he set to and laid a brand-new, two-kilometre pipeline to pipe the wonderful, soft water direct to his brewery. Jakob Baumberger knew very well that soft water and careful preparation of the malted barley are key to a high-quality grain distillate. 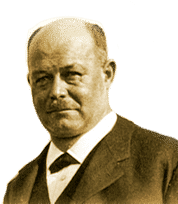 When Jakob Baumberger died in 1903, his son Hans Baumberger I took over and successfully continued the brewing and distilling tradition with his brothers.

A turf-cutting business was established in Langenthal in 1917, and the turf was used to fire stills and heat the malt house.

In 1937 Hans Baumberger II, also a master brewer, took over management of the brewery. The brewery was hit hard by the years of economic depression and war. Production declined and the brewery was only able to survive the difficult period and save many jobs through diversification and other special measures.

The Swiss government banned the distillation of grain and potatoes during the World War II, as these foods were important part of the national nutrition.

Hans Baumberger III, master brewer and distiller, took over the family business in 1975 and managed it successfully until the 1980s. 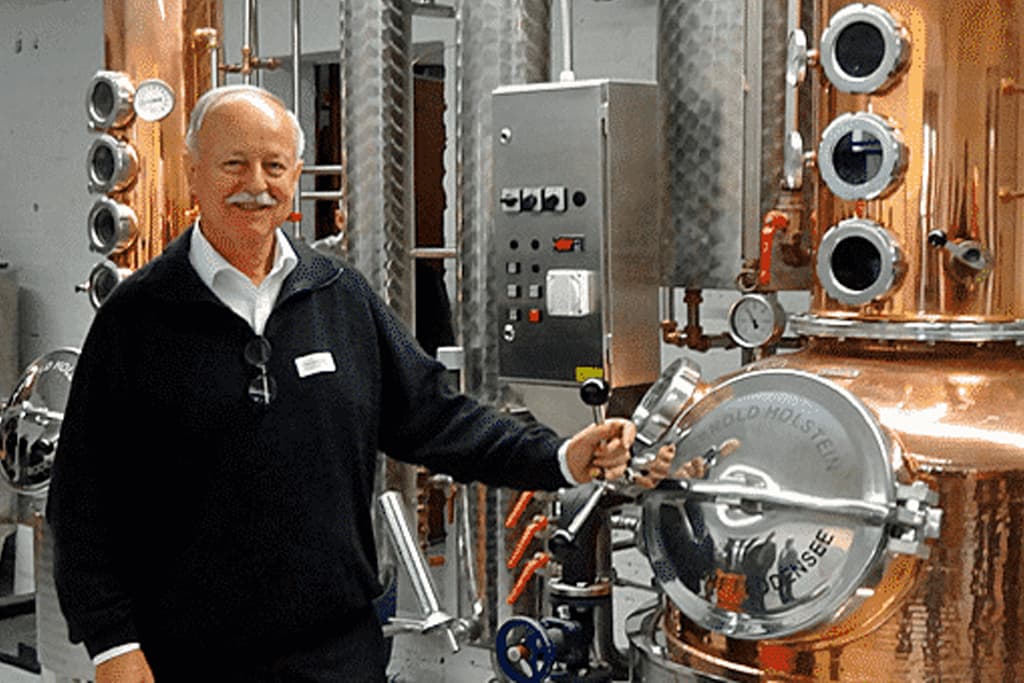 The repeal of the ban in Switzerland on distilling from grain and potatoes in 1999 laid the foundations for Hans Baumberger III to pursue his great-grandfather’s vision and, in the best family tradition, create hand-crafted ‘LANGATUN’ single malt whiskies.

More than 150 years after Jakob Baumberger had founded his distillery, Hans Baumberger III decided to continue the vision of his great grandfather. In the best family tradition, he started creating the hand – crafted “Langatun” Single Malt Whiskies.

The first 3 years old Langatun "Olde Deer" Single Malt was introduced to the market in a very small quantity exclusively for those, who made a pre-order. The same year "Olde Deer" won the golden medal on the Schnapsforum. 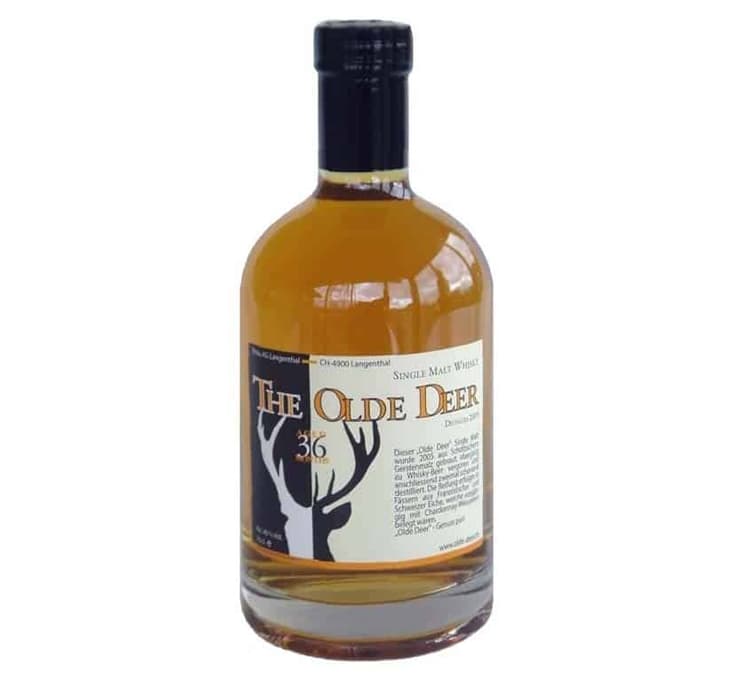 The ‘Langatun Classics’ range, incorporating the Old Deer, Old Bear and Gold Bee whiskies, was successfully launched on the Swiss market in 2011.

Due to its steady growth and market position, in 2014 Langatun Distillery AG relocated whisky production from St. Urbanstrasse in Langenthal, to the historic, protected Kornhaus in Aarwangen, and increased the number of employees. This new home was perfect for expanding the distillery and welcoming an ever-increasing number of visitors. Above all, however, the Kornhaus perfectly embodied the Baumberger family’s long tradition and history of brewing and distilling.

Despite this, as the name suggests, even today Langatun whisky is still matured in casks in Langenthal.

In the same year Christian Lauper, entrepreneur and co-founder of the International Whisky Academy, was introduced as the successors to Hans Baumberger III to support the expansion of the business and continue the tradition of whisky distilling in Switzerland. 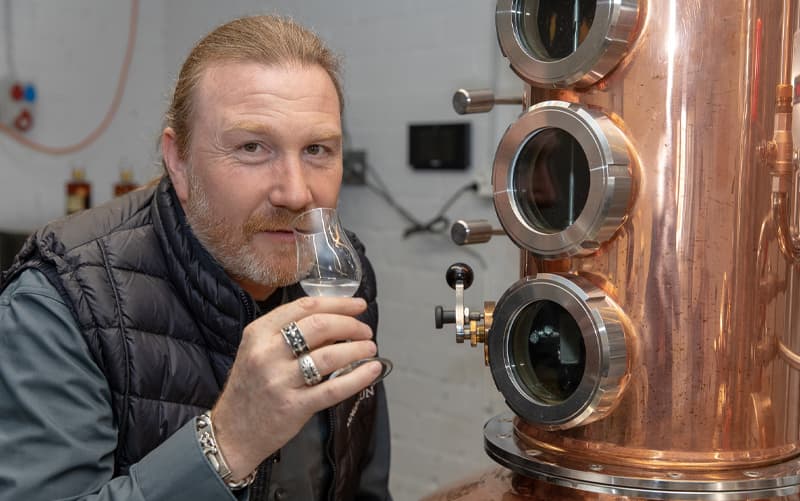 Langatun whisky has been marketed worldwide since 2017. The distillery has been recognised by many companies around the world due to the high quality of Langatun products and love for its whisky. This has led to a steadily growing list of export countries. 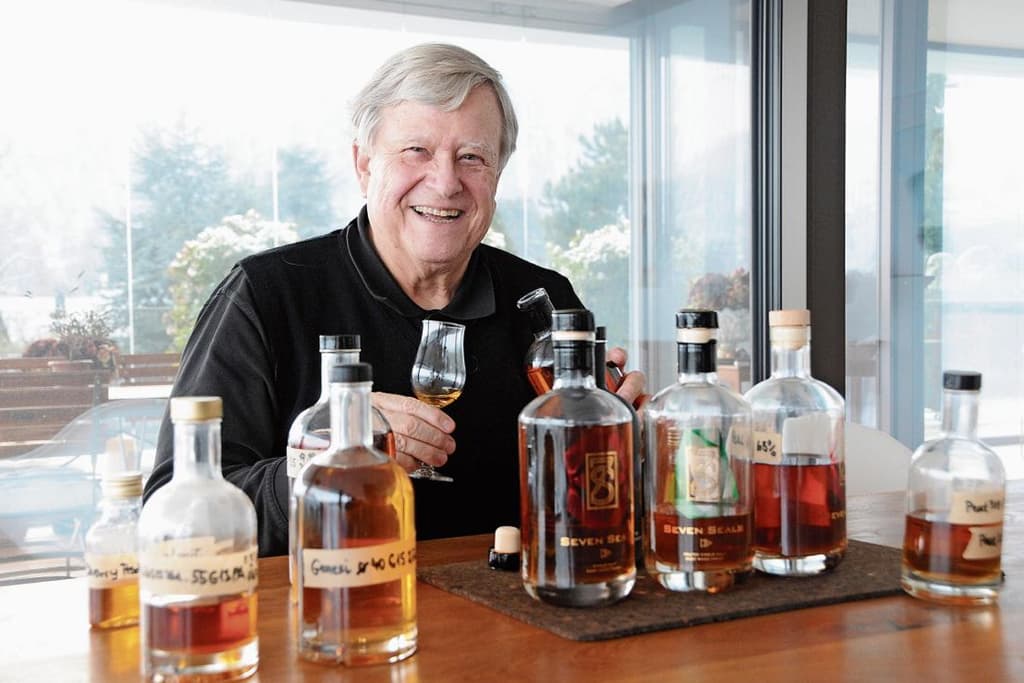 High Spirits Holding AG was founded in the same year and LANGATUN Distillery AG incorporated into it. The number of employees was also raised, to meet increasing demand and the company’s own quality standards. 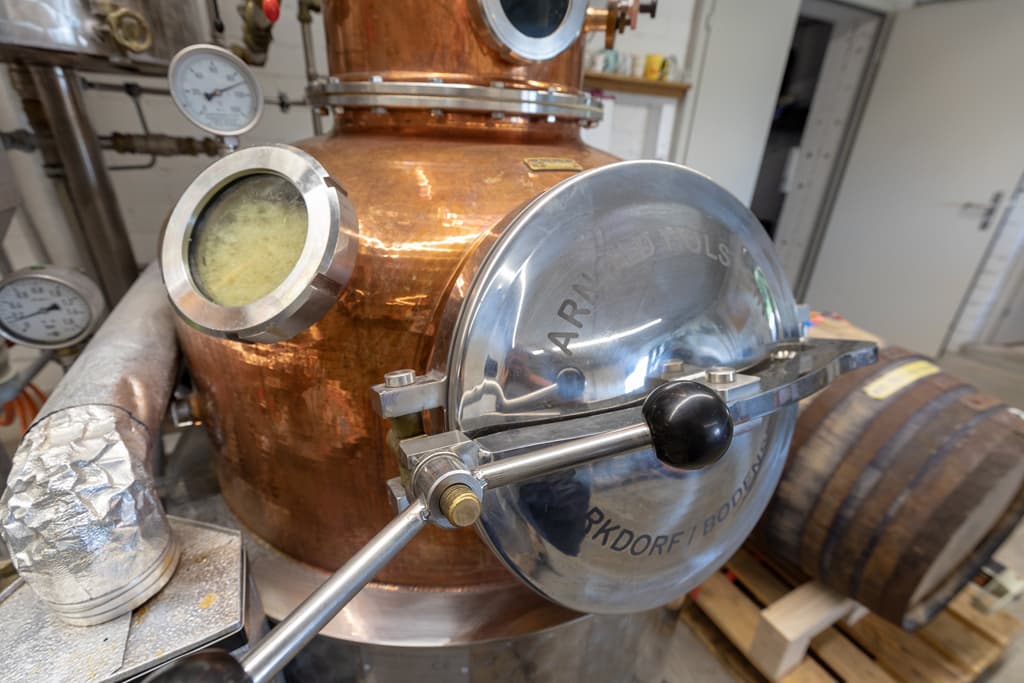 Today the production process is one of LANGATUN Distillery AG’s best-kept secrets because it is crucial in determining the quality of the different Langatun whiskies. The secret recipes and processes are revealed to only a few select people. During the pot still process, the raw materials are heated in copper stills and the precious spirit slowly and carefully drawn from them in a specially developed process.

In addition to the distillery, Langatun today also operates a visitor center in the Kornhaus, where interested parties are welcomed for guided tours with tasting and distilling seminars. The premises can also be rented for events of all kinds.